In view of the current state of the country, the organization of the Douro Verde Half Marathon in conjunction with Eventsport and the partner municipalities, Baião, Cinfães and Marco de Canaveses, decided to postpone the event until 10 October 2021.

This decision results from several considerations, among them, guaranteeing the safety of all participants and following the procedures and recommendations decreed by the Directorate-General for Health, in order to adopt preventive measures to prevent the transmission of the virus in the community due to events that, even held outdoors, involve a high number of people such as the Meia Maratona Douro Verde, which has several hundred participants, some of whom are foreigners (from 10 countries also affected by the epidemic).

In addition to believing that the safety conditions for all participants, employees, volunteers and the local population are not met.

Concentrate so many participants in a single space, it would be putting public health and the region, unnecessarily, at risk, something that we cannot promote.

We apologize for any inconvenience, but everyone's health is a priority for the Meia Maratona Douro Verde Organization.

Once again we ask everyone for your best understanding, which none of us is indifferent to.

We count on the presence of everyone in the same place, and at the same time, on the new date mentioned above (October 10th).

Between the river and the sky, there is a green that separates them! 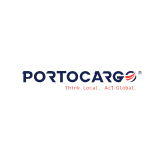